Toss Your TV – from all Bedrooms, that is…

By JeanNovember 4, 2015Blog, What my student said..., Youth Babysitter Tips 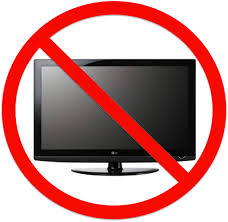 During my 15 years of teaching youth Babysitting CPR classes (age 11+), I have always urged my young students to minimize use of the television and computer while they’re babysitting.   I stress the value of reading to the children, asking them questions, making up creative fun.    This is REAL time, quality time, and is wonderful for the children.   It is being studied how little attention little children may actually be receiving due to employed and busy parents, large daycare classrooms, the pace of life, evenings busy with meal preparation, etc. and more.    We have fun in my class brainstorming fun things to do while babysitting.

I urge my students that avoiding TV, movies and video games are very healthy choices for children.   Another healthy choice is to Toss Your TV, which is what I call having no TV, or any electronics, in bedrooms.

The Children’s Hospital Colorado was recently referenced in an article called Kids Who Have Electronic Devices In Their Rooms Get Less Sleep.

“Sleep deprivation in kids can lead to weight gain, problems in school and behavioral changes”, says Ann Halbower, the hospital’s director of pediatric sleep research.    Technology is one culprit, Halbower says. The Sleep Foundation study found that 72 percent of children ages 6 to 17 who have an electronic device on in their rooms all night sleep up to one hour less, on average, than those who shut them off.

A shocking statistic from the L.A. Times states:    Nationwide, 70% of kids between the ages of 8 and 18 already have a television in their bedroom.

Vicky Rideout, who has written some of the most detailed studies of children’s media exposure and its effects for the Kaiser Family Foundation, said the latest study should strengthen some well established warnings but may miss some newer dangers as well.

“Research has consistently shown better outcomes for kids who don’t have a TV in their bedroom than for those who do, whether we’re talking about obesity, sleep or academic achievement,” said Rideout, now an independent consultant specializing in health communication, social marketing and youth and media. Rideout urges parents to “take the TV out of the bedroom.” But newer technologies will require a new level of vigilance, she adds. “Keep an eye on your child’s smartphone and computers too, because food companies are now marketing games, websites and mobile apps designed to boost consumption of foods kids should be eating less of, not more of,” Rideout said. 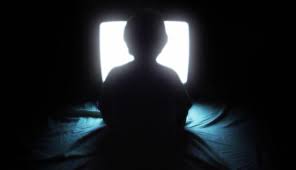 Household electronics continue to use energy and electricity even when powered off. It’s called standby-power and it amounts to 5-10% of your total electricity bill.  One less television means one less financial drain on your checkbook.

RULE – The Bedroom Should ONLY be for sleep.

For adults, a TV in the bedroom can be hurting your mental attitude as well as your marital relationship.    There is a very nice list of reasons to NOT have a TV in your bedroom called  18 Good Reasons to Get the TV OUT of Your Bedroom.    I really like this list.   It’s very detailed and elucidates how quality time together can be sabotaged by that remote control, too handy, too available…

Very often, the young students in my Babysitting CPR class like to stay behind class to help me put away the dolls and mannequins we’ve used in class.    It’s always a nice conversation time and I so appreciate their help.   Lots of supplies used in that class!     I glean some interesting information from these casual conversations.    They’ve told me about how many of their friends fall asleep in class because they played video games in their bedrooms until as late as 2 am.    My heart breaks, hearing that.   It’s not only, of course, a set-up for academic failure in school but also so tragic that any young people grow obsessed with these addictive, unhealthy video games.     It’s such a massive waste of their beautiful brains.

Give me a quick call. I am happy to answer any questions!